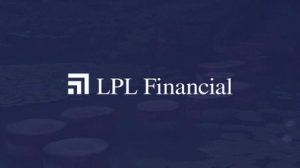 What a difference a year makes. At this time last year, the market had nally recovered from an August swoon that left the S&P 500 more than 10% off its all-time highs, the rst 10% correction in more than four years, with the worst still ahead in January and February 2016.

Concerns over market risk were dominating the conversation: China (the primary driver of the August 2015 swoon), oil, the soaring U.S. dollar, tightening nancial conditions, declining earnings, and the prospective rst interest rate hike since before the Great Recession. LPL Research, in our Outlook 2016, saw the prospect of routine year-end outcomes, similar to what we’ve actually seen to date, but warned that the path to getting there might be anything but routine.

As we look back at 2016, by and large, the market has reached the milestones we had forecast for the year, some a little more slowly than expected, but with some unexpected developments, such as the outcome of the U.S. presidential election and the vote for the U.K. to leave the European Union.

We were looking for the end of the earnings recession, and got there in the third quarter of 2016, and for stability in oil prices, which we saw starting in February. Other milestones required the election outcome as a catalyst, such as a shift in rate expectations and a transition to scal stimulus from monetary. The election itself was a milestone, as it is every time the White House occupant changes.

Passing these milestones puts new forces in play in 2017 that create new opportunities, but also new risks. Here is an overview of what to watch and what it might mean for stock and bond market performance and portfolio positioning as we enter the New Year.

To read more about the predictions for 2017, check out the link: here