Great Wolf Lodge construction continues along Whitesville Road near the Pegasus Parkway intersection. The lodge is scheduled to open in 2018, when over 450 suites will be filled with families from near and far. Experience an 84-degrees-Farenheit indoor water park, bowling, wall climbing, on-site dining and shopping, and much more. Best of all, the Great Wolf Lodge is less than an hour from Carrollton. 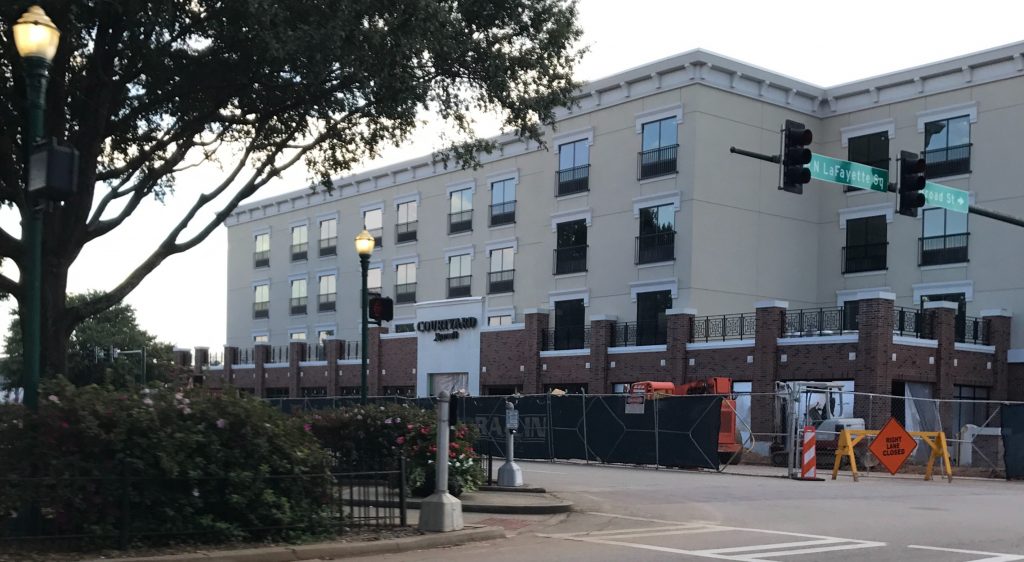 The construction of a Courtyard Hotel by Marriott, located at 25 West LaFayette Square in the historic district of downtown LaGrange, is nearing completion. The 90-room hotel will be the first full-service hotel in the city. Paramount Hospitality recently announced the Courtyard will feature a 24-hour Starbucks, splash pad, and a restaurant named The Bistro. 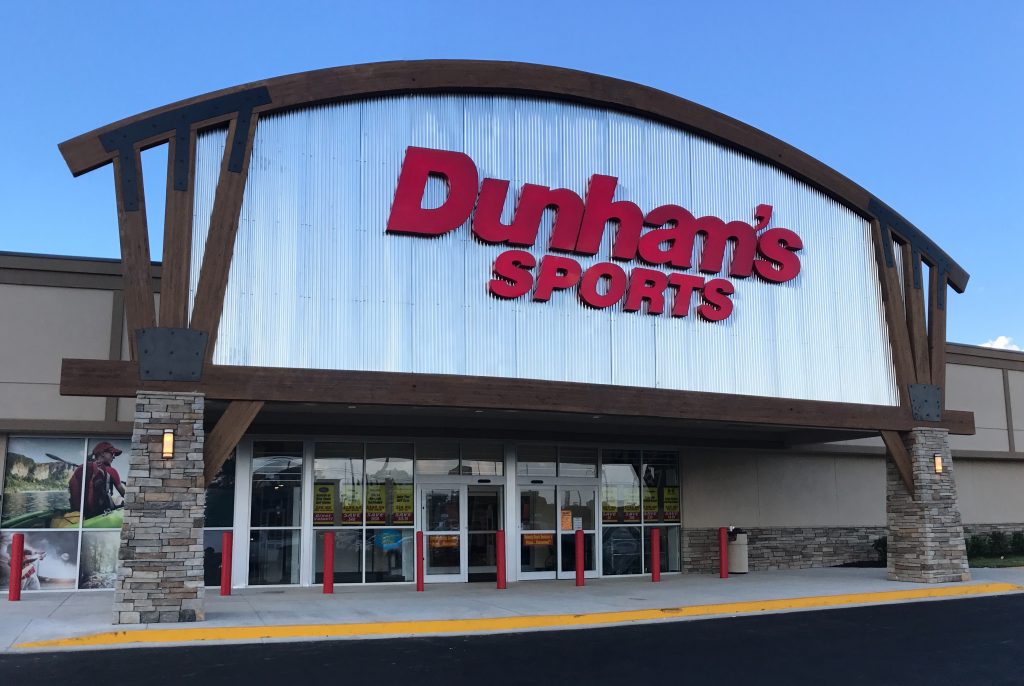 Dunham’s Sports recently opened as an addition to the LaGrange Mall. Continued growth of the mall will include Hobby Lobby next to Dunham’s sports. Overall these two stores will increase the size of the mall by bringing more than 107,000 square feet of space to life. These businesses replace the J.C. Penney which closed in April of 2015. Grand-opening information for Hobby Lobby will be shared once available.

86’d, a restaurant named after the owner’s year of birth, recently opened along Main Street in downtown. 86’d offers a social atmosphere aimed for college students and will soon offer a brunch menu. Hours of operation are Monday through Friday from 4:30 p.m. to midnight and Saturday from 12:00 noon to midnight.

Cook-Out, founded in Greensboro, North Carolina (1989), has plans set to construct a 1,554 square-foot restaurant at 126 Commerce Avenue. Cook-Out is known for its faith- based culture and its unique serving of scriptural verses on each of the food wrappers. More details will be released once construction begins.

Inspired by European technology for over 80 years, Sentury Tire will bring more than 1,000 jobs to the LaGrange area in 2019. Ground-breaking construction has begun for the new 1.4 million square-foot headquarters of Sentury Tire, North America. The new facility will feature manufacturing, warehousing, and distribution. Four hundred acres of land off Pegasus Parkway in the Callaway South Industrial Park will be utilized once the headquarters opens. More details will be released as the project continues.

A List of What’s Coming to West Georgia & East Alabama

In Their Own Words: Fuel Coffee Bar Opening in Hogansville