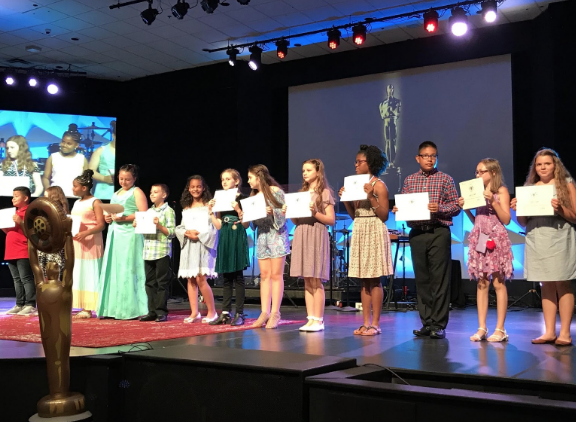 On May 18, 2018 the 5th graders at Sand Hill Elementary took the stage for their 4th annual SHE Oscars. The students complete with formal dresses and sequined vests, shared memories from elementary school while performing student written comedy acts, skits, and speeches. The show was hosted by 5th grade class president Will Orr and fellow classmate Sophia Mack. 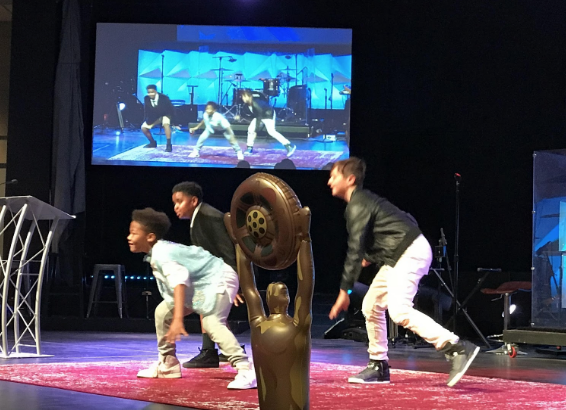 Drew Witherspoon, Xavier Powell, and Connor Black kicked the show off with a celebration dance. Esau Aguilar had the audience laughing with his comedy act in which he gave students advice and tips for surviving middle school. Mason Tidwell expressed his sadness for having to leave Friday morning rally behind in a skit including fellow student Garrett Garner as the personified Middle School. 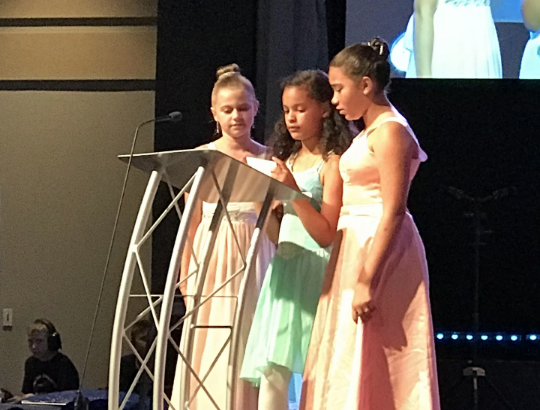 In a speech expressing the accomplishments of the fifth grade class, Michele Presley explained to Bay Springs that they are getting a group of students that are academically, creatively, and athletically ready to tackle the challenges of middle school. The show ended with musical performances of a parody of “I’ve Had the Time of My Life” and the theme song to The Fresh Prince of Bel Air. by the students and the then the parents expressing their thanks to each other for their hard work and support throughout elementary school. 