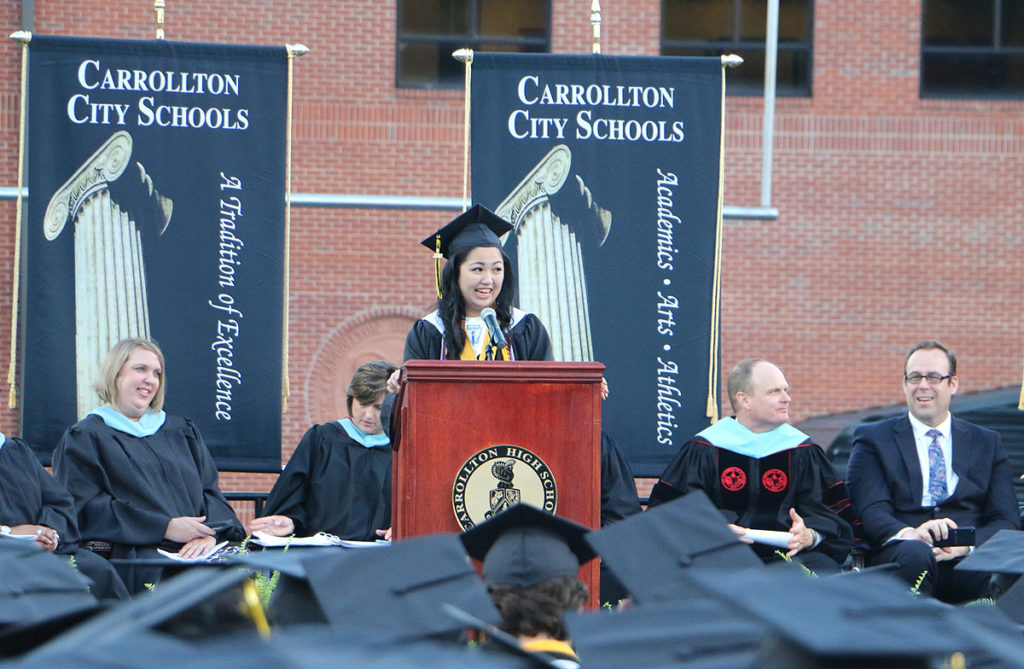 CARROLLTON, GA – With a new Carrollton High School senior class ushered in Aug. 2, the former class is now on its way to college, careers, or the military with the majority – 73 percent of the graduates – selecting college as their next step.

Of the Class of 2018’s 371 graduates, 272 have been accepted to a total of 133 schools and have committed to attend 69 of them across the country, according to statistics compiled by the CHS Guidance/Career Center.

Private institutions also are well represented and include Berry College, Clark Atlanta University, Savannah College of Art and Design, Mercer University, Emory University and a host of others nationwide.

Technical colleges are also in the mix. Twenty-eight graduates selected West Georgia Technical College with many on track to complete programs started while they were dually enrolled as CHS students.

Many top-tier graduates applied to and were accepted by multiple schools, but could only choose one to attend. This included 12 students who were accepted by Georgia Tech, with seven attending; and 39 accepted by the University of Georgia, with 23 attending.

“The acceptance rates and rates of attendance of the members of the Class of 2018 demonstrate – once again – that a Carrollton High School graduate performance exceeds expectations,” said CHS Principal David Brooks. “I commend our faculty but also recognize this preparation began many years earlier, and am truly grateful for what the lower grades have done to bring us students of this caliber.”

Savannah College of Art and Design

University of Alabama at Birmingham

University of Arkansas at Fort Smith

University of Tennessee at Chattanooga

Carrollton High School Class of 2018 Valedictorian Amber Zheng gives her graduation speech at the May 18 commencement ceremony in Grisham Stadium.

UWG Preparing to Return to Campus ‘Safe and Stronger Than Ever’