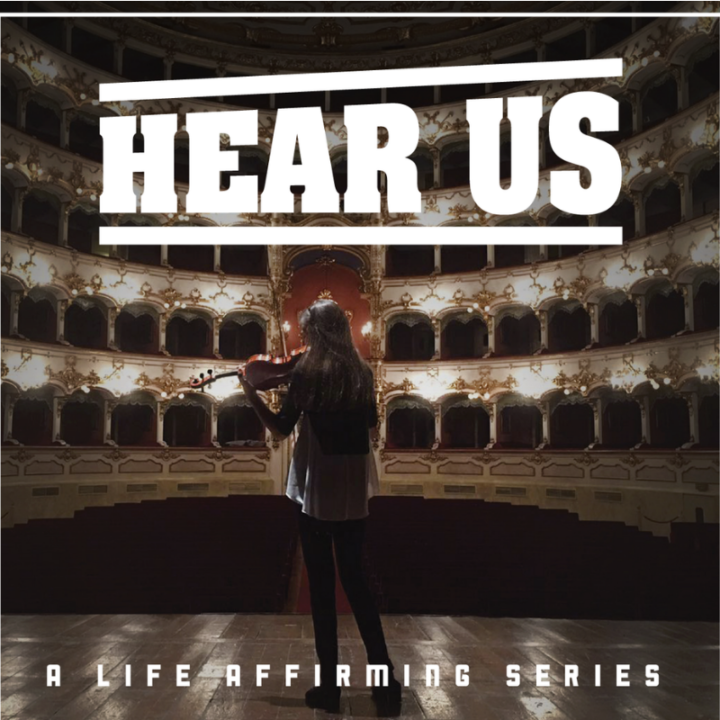 The first episode of the documentary series Hear Us, co-produced by Carrollton’s own Steve Gradick and Terry Lowry, will debut on Georgia Public Broadcasting November 21.The story follows the three young musicians who met online and later came together—despite truly incredible obstacles–to perform amazing concerts and inspire the world.

The show was initially picked up by WTTW in Chicago, and through the National Education Telecommunications Association it will be airing on public television. It is already scheduled on over 200 public television affiliates, and that number will doubtlessly increase over the next few months as ratings come in.

A major streaming-video-on-demand provider and several of the major agencies in LA have contacted Gradick and Lowry about obtaining the show for video on demand, as well as for syndicating it into a longer series along the lines of Chef’s Table.

The show’s producer Craig Miller, of Craig Miller Productions, is chairman of the Governor’s Film Commission, and the director Takashi Doscher, from Los Angeles, has also directed the latest Leslie Odom, Jr. movie.

Steve Gradick proudly points out that all but one of the investors in the project live in Carrollton or grew up in Carrollton, so with only one outside investor, it genuinely is a Carrollton-produced show.

The story this series follows started several years ago in Carrollton. “Steve and I started a social media platform for musicians, and we sat back and watched how people were using it,” executive producer Terry Lowry explains. “The day we went live, there was a violinist in St. Petersburg, Russia, uploading the Tchaikovsky Violin Concerto. That happened on day one!”

That platform, an online community called MusicalOverture.com, began as a safe website for young musicians to share what they were working on, to get feedback, and even upload audition pieces for colleges or careers. “It immediately went all over the world. Recruiters were using it. Julliard’s recruited on it…Eastman, Michigan, Notre Dame, Indiana, all the Southern schools.”

He pointed out that professionals began using Musical Overture, too, “Quincy Jones is on it, and a kid got offered a contract from Disney, so it’s watched.

“People are using it to do online lessons: university courses, private instruction, all kinds of music distance learning. Teachers put up short, instructional videos that their students can then refer to throughout the week between lessons. Students record and send their work to their teachers so they can get an update in the middle of the week,” Lowry elaborates.

He says, however, that his favorite way people are using Musical Overture is by people who would have never met. Students who live two or three hours apart may meet on Musical Overture and later decide to get together to enjoy performing music in real life. Lowry, conductor of the Carroll Symphony Orchestra, describes the synergy that happens when artists work together, “They could play together online, and that’s fun, and it’s a wonderful tool for rehearsing and performing, but it’s never going to be the same experience as sharing the same air. They come together and play in coffee shops, nursing homes, churches, schools, or whatever.

“These fantastic relationships are being formed, and we are really pleased, and because it’s a safe place–we monitor it to make sure we can keep online predators away from our members—we feel good about those relationships. We’ve never had any reports of anything going bad.

“Having said all that, there’s one relationship in particular that we felt we had to share with the world.

“There’s a 15-year-old violinist in Italy, named Clarissa, a prodigy. She’s 16 now and has already graduated high school, she’s already graduated college, she’s now getting her masters at the Mozarteum in Salzburg. Sixteen years old. She has a contract with a museum to play a ten-million-dollar Stradivarius everywhere she goes.

“She won a competition and got to play in Carnegie Hall a year ago, and Carnegie Hall offered her an accompanist, but she said, ‘No, I’m going to find someone on Musical Overture. She found this math major at Georgia Tech and asked if he wanted to come play for her at Carnegie Hall. I believe his exact words were ‘Duh, yes!’

“He flew to New York, they met on a Sunday morning, rehearsed for two hours, and that night did a concert for Carnegie Hall. They had so much fun that when it was over, their parents couldn’t find them because they were back in the practice room playing their program again!”

Lowry called Clarissa and asked to film her, went to her family’s house in Piacenza, Italy, discussed production details such as the lighting in her room, and worked with her family whom he described as “fantastic’ in their support of her.

Through Musical Overture Clarissa had met Daniel Kaler, a 19-year-old cellist of Russian descent, living in Cleveland, Ohio, studying at the Cleveland Institute. They became great friends—Clarissa in Italy, Daniel in Cleveland. They talked about their music classes and started playing together online.

Daniel suggested they play a trio by Puliter Prize-winning composer Lowell Liberman, so Clarissa and Daniel started looking for a pianist on Musical Overture and found a girl named Rada Hanana, living in Germany, who “sounded great.” They reached out to her, with cameras everywhere filming everything via a video recording platform within Musical Overture.

Rada, a Syrian and former student at the Damascus Conservatory of Music, fled her war-torn homeland and sought refuge in Germany. After enduring seven different refugee camps, she was granted asylum by the German government and went to Weimar, where (through her connections on Musical Overture) she began studies with professors at the Franz Liszt Conservatory. While living in Weimar, she met Clarissa and Daniel online. The three went on to present the world’s first “E-Concert.” with Clarissa and Rada on stage in Germany, and Daniel streamed in live from Cleveland. This performance, watched by thousands online, led to invitations to perform in prestigious concert halls around the world.

Rada’s story adds an element of drama, as the decisions of political leaders affect her ability to perform with the others in the group.

Hear Us, a heart-warming true story, promises to inspire and challenge audiences here, across the country, and around the world.