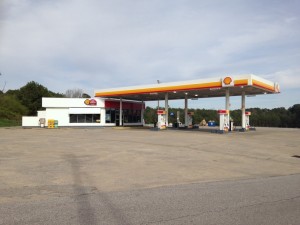 It does appear that the former Shell Gas Station in Heflin is expected to re-open with a restaurant called Krispy Krunchy. The restaurant was founded in Lafayette, LA in 1989. They offer a quick serve concept with more than 900 retail locations in 27 states. Krispy Krunchy features cajun styled chicken and also a variety of other foods. An opening date has not been announced just yet. Krispy Krunchy is located inside the Shell Gas Station on Exit 199 off I-20 in Heflin.

Garrison Keillor and Companions Coming to Center for the Arts