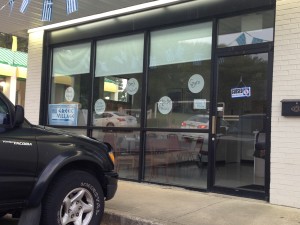 According to a reliable source, Jimmy the Greek has opened a new restaurant attached to the BP off Highway 78 in Villa Rica. The logo looks very similar to the Greek Corner logo in Carrollton. This particular restaurant is called the Greek Village. Just a few weeks ago The Greek Corner went under new ownership with a new menu to be launched very soon. We will have more details later about the Villa Rica opening.

Introspections Exhibition Comes to Center for the Arts

Transitioning out of a Nursing Home Can Be Tough, Let Three Rivers Help