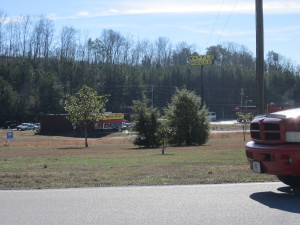 According to an employee at Jack’s Restaurant in Carrollton a new Jack’s will open next to the Waffle House off Highway 27 in Bremen. The expected opening date would be Winter of 2015. We first received word of a Jack’s Restaurant coming to this location from a news tip sent in by Stacey. In gathering information for this report we also reached out to Jack’s corporate Facebook page but did not receive a response. The City of Bremen confirmed the plans on Thursday of last week.