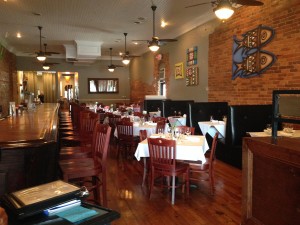 Samba Loca officially opened their newly relocated location at 104 Adamson Square on Monday, August 4th. The new location will provide a much more comfortable environment. As you might already know this new location was formally home to Blue Steakhouse and Miller’s. No word on what will happen to Samba Loca’s old location at the corner of Maple Street and Alabama. The owner and operator of Samba Loca also recently opened Leopoldo’s which is directly next door to Samba Loca. A full menu can be found by clicking here. You can also connect with Samba Loca via Facebook. We are happy to have Samba Loca Brazilian Steakhouse on The Square and as a continued partner of The Carrollton Menu.