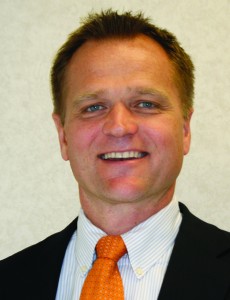 As referenced in his State of the State address last week, Deal on Wednesday named 34 individuals who will serve on the newly-created Education Reform Commission, a body that will study the state’s education system, including its funding formula, and provide recommendations intended to improve the system, increase access to early learning programs, recruit and retain high-quality instructors and expand school options for Georgia’s families.

“My vision for K-12 education in Georgia is a system driven by student need that provides local school and district leaders with real control and flexibility,” said Deal. “With this commission now in place, it is my hope that we will work together to make education more accessible and effective in preparing our state’s students for the rigors of college and the workforce. Georgia families depend on our classrooms, and now it’s time we take the responsibility in full to provide the high-quality, technologically advanced education they so deserve. I fully anticipate this commission will help bring my vision to reality and I’m grateful for the members’ willingness to serve.”

The commission will convene throughout the year to comprehensively review the state’s education system and QBE funding formula in order to provide recommendations on possible executive, legislative and agency fixes. The recommendations will be sent to Deal by Aug. 1 of this year, with some going into effect as early as the 2016-2017 school year. Chuck Knapp, former president of the University of Georgia, will chair both the commission and the subcommittee on funding reform. The commission is made up of state lawmakers, educators, health care officials and others who can contribute to the reform conversation.

Carrollton’s Edwards is a long-time educational leader who was named superintendent of Carrollton City Schools in February 2010, following two years as assistant superintendent of the school system. Prior to his roles at the system level, Dr. Edwards served as principal of Carrollton High School and Marietta Middle School and served in associate and assistant principalships at a number of high schools, including Marietta High School and public schools in Nebraska, his home state.

“It is exciting to be part of this committee,” said Edwards. “I applaud Gov. Deal for taking a leadership role in reviewing practices and taking action where necessary to fund our public education efforts as judiciously as possible. Our children benefit directly, as does our entire state, when government and school leadership align for all the right reasons.”

He holds memberships in several professional organizations and is active in community affairs. He serves on the board of the Carroll County Chamber of Commerce and is a member of the Carrollton Dawnbreakers Rotary Club. Edwards and his wife, Janine, an art teacher at Carrollton Middle School, have two grown sons and one grandson. They reside in Carrollton.