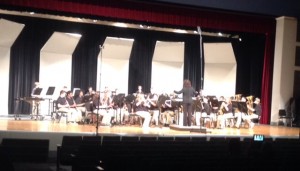 The band will perform their LGPE program along with other selections at the Third Annual Tiger Pride Music Festival. The festival will be held at the AMP in downtown Carrollton on May 5, 2015.