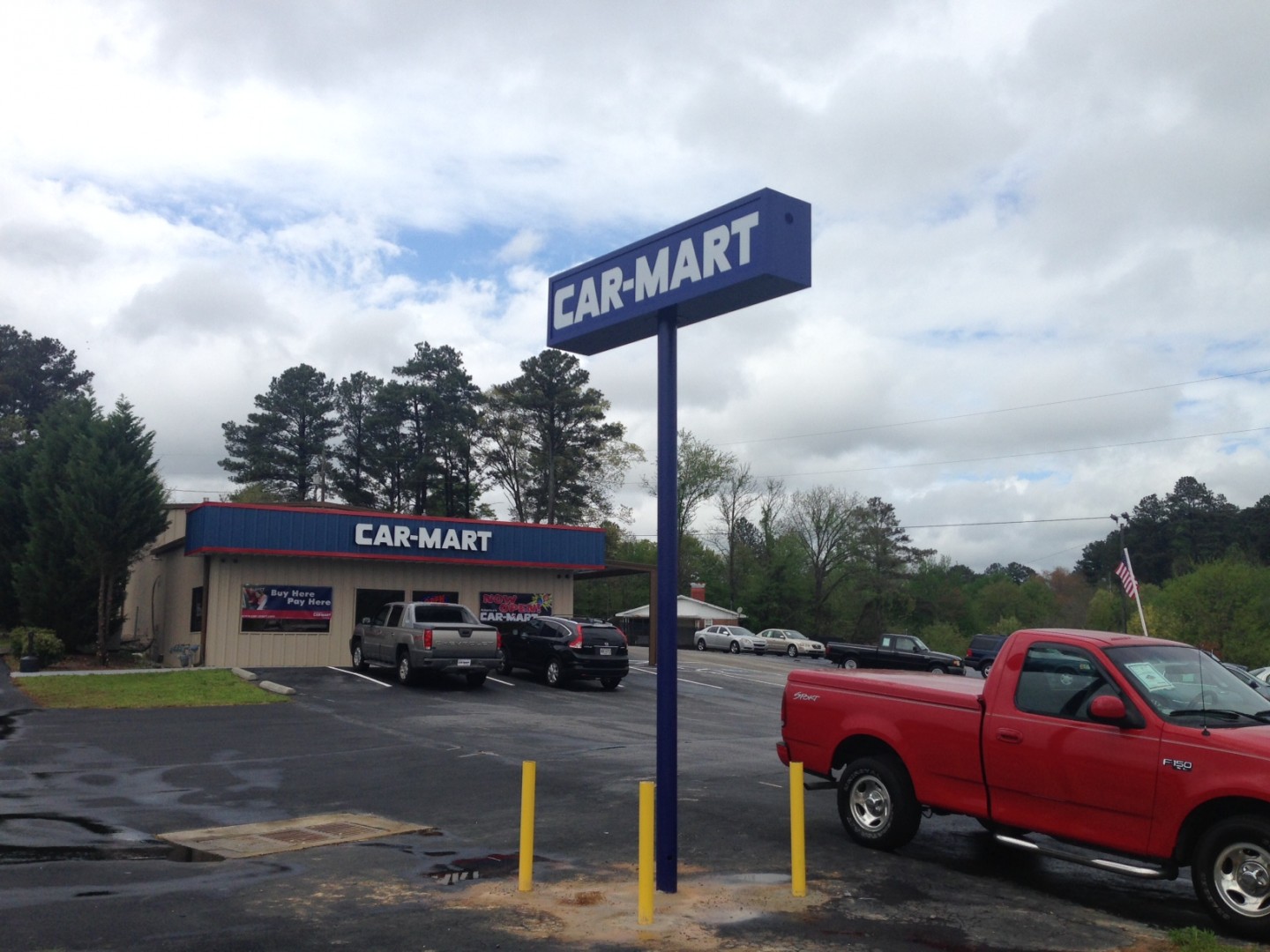 Bentonville, Arkansas based CAR-MART has opened a location in Carrollton, GA off 1560 Bankhead Hwy across from The Furniture House of Carrollton. American’s CAR-MART was founded in 1981 and the first location opened in Roger, Arkansas. The dealership’s logo looks oddly familiar to the 1981 Wal-Mart logo. We are told by the General Manager of Carrollton’s location that CAR-MART has close ties with the Wal-Mart family, hence for the logo. The company is expected to grow from a 140 locations to 200 in the next 5 years. CAR-MART just opened a location in Valdosta, GA about the same time as the Carrollton location opened. The dealership also has locations in Anniston, AL, and Woodstock, GA.