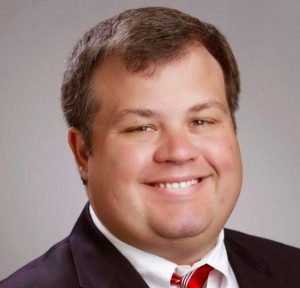 Carrollton, GA, July 21, 2015 – West Georgia based trial attorney Cade Parian was recently honored with a national award of excellence by the American Association for Justice (AAJ).

Chosen as one of nine honorees from more than 4,200 lawyers, Parian was given the “New Lawyers Award of Excellence” during the association’s annual meeting, held earlier this month in Montreal, Quebec, Canada.

“Cade Parian continues to shine and demonstrate commitment, leadership and passion for helping those in need,” says M. Brandon Smith, immediate past chair of AAJ’s New Lawyers Division. “It is because of strong members like Cade that the AAJ and the NLD continue to thrive and make a difference.”

The NLD Excellence Award is given to those AAJ NLD members who work hard to ensure the goals of the group were met for the 2014-2015 calendar year. It is an award bestowed on specific individuals by the NLD chair in recognition of their outstanding service to the NLD and AAJ as a whole.

“Obviously, to be honored by your peers is something very special and the fact I was chosen from personal injury attorneys across America is humbling,” says Parian. “There are so many deserving attorneys out there. I just hope to live up to the legacy of past winners and represent West Georgia favorably across the nation.”

While based in Carrollton, Parian serves clients in Georgia, Alabama and nationwide. In his short legal career, Parian has already received many of the legal profession’s most prestigious awards. Those accolades include the AVVO Client’s Choice Award (2014), being named a Georgia Rising Star for three consecutive years (2012-2014) by Atlanta Magazine and Super Lawyers Magazine, and being named one of the 40 Legal Rising Stars to Watch Under 40 by the Fulton County Daily Report.

Outside the office, Parian prides himself on participating in a variety of causes – especially those related to helping children. He serves as a youth football coach and mentor, looking to serve as a role model to children who might not otherwise have one.