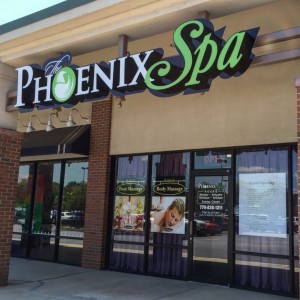 A new massage place has opened up in the former Quizno’s at McIntosh Plaza. We were quite impressed with the signage over the weekend. An earlier story was released several months ago when we spotted some changes on The Shopping Center Group’s retail list. The Phoenix Spa evidently does not have any social media at the present time. A pricing list can be found on the window. Another Massage business has also opened in the area. We will have more details on that later this week.