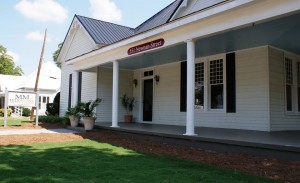 The following is from Milestone Investments:

Many of us had the opportunity to watch the recent supermoon lunar eclipse, which inspired pictures, videos, and late evenings. Part of what makes a lunar eclipse so special is that we rarely pay attention to the moon. We only stop and stare when we see a dramatic change in the night sky, but most of the time the moon subtly changes each night as it progresses through its cycle month after month. Similarly, economic cycles can be counted on to continue month after month, and we need to remember that market downturns are part of the natural cycle of investing.

The soft September 2015 jobs report—with just 142,000 net new jobs created during the month, below the consensus expectation of a 201,000 gain—sparked more questions about the current economic cycle. July and August readings were also revised lower and added to investor disappointment.

The Institute for Supply Management’s (ISM) Manufacturing Purchasing Managers’ Index (PMI) for September 2015 added to investor worries. The reading of 50.2 was the lowest since May 2013. Although heavily influenced by the recent drop in oil prices, the report indicated the manufacturing sector is holding just above 50—the level that indicates expansion.
Taken together, the jobs report and ISM survey increased fears about a potential economic slowdown, or worse, a recession. However, it is important to remember that fluctuation from month to month is part of the cycle. As recently as this past March, private jobs creation disappointed with an initial reading of just 117,000, only to be followed by strong gains above 200,000 for the subsequent four months. Furthermore, a dip in the ISM manufacturing survey below 50 has occurred, often more than once, during the past three economic expansions without a recession ensuing.

We still believe a recession is unlikely and are encouraged by the less closely watched ISM Non-Manufacturing Report on Business for September, which indicated that the service sector, which comprises 70% of the economy, remains robust and is consistent with real gross domestic product
(GDP) growth of 3.5%.

Additionally, sales of two of the biggest ticket items consumers will purchase, a home or a car, remain strong, with auto sales on pace for an 11-year high.
Despite concerns over recent top data releases, we believe it is premature to think about the dreaded “r” word. Several bright spots remain present in the economy, and the silver lining of recent jobs and ISM data is that the Federal Reserve likely does not have the rationale to raise interest rates in October, and December is looking much less likely.
The supermoon was a spectacular sight, but part of what made it so remarkable was how unusual it was. When we think of the cycle of investing, we do not want to become fixated on short-term volatility at the expense of longer-term investment goals.

As always, if you have questions, I encourage you to contact me.
Sincerely,
Michael L. Stone