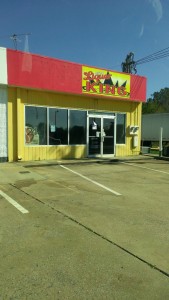 An old favorite is returning to Heflin. According to the manager of the Shell gas station at exit 199 off I-20, Subway is moving into the old Liquor King next door to the station and is tentatively set to open in May. It’s been reported that painting has already begun on the inside. The liquor store that occupied the space previously has moved to the downtown area.

A List of What’s Coming to West Georgia & East Alabama