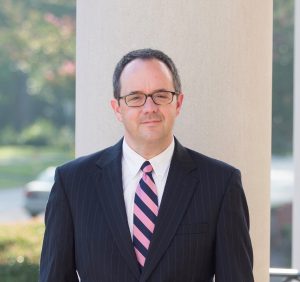 LaGrange, Ga. January 24, 2018 – LaGrange Mayor Jim Thornton is one of approximately 75 mayors from around the country invited to the White House today to meet with President Donald Trump.

The purpose of the meeting is to discuss the infrastructure needs of the nation’s cities as the White House prepares to release its infrastructure bill.

The invitations were sent to the bipartisan group of mayors last Thursday, inviting them to participate in “Mayors’ Day at the White House: A Conversation with President Trump” on Wednesday, January 24th.

“It’s not every day you get an invitation to come to the White House to meet with the President,” said Mayor Thornton.

“Of course I’ll go, and I am excited to share LaGrange’s story with the President and his staff.”

The mayors arrive at the White House at 2:00 pm, meet with President Trump from 3:00 to 4:30, and then attend a reception with White House officials.

The reception will include leaders from important federal agencies that affect city infrastructure, including the departments of transportation, energy, education and commerce as well as the EPA and Small Business Administration.

“In addition to having an audience with the President, this will be an opportunity to build relationships with the staff of important federal agencies so that we can reach out to them as future needs arise.”

The City Menus is a menu of local business news in the West Georgia region.
Contact us: [email protected]
© 2011-2020 The City Menus, LLC All Rights Reserved
X
X