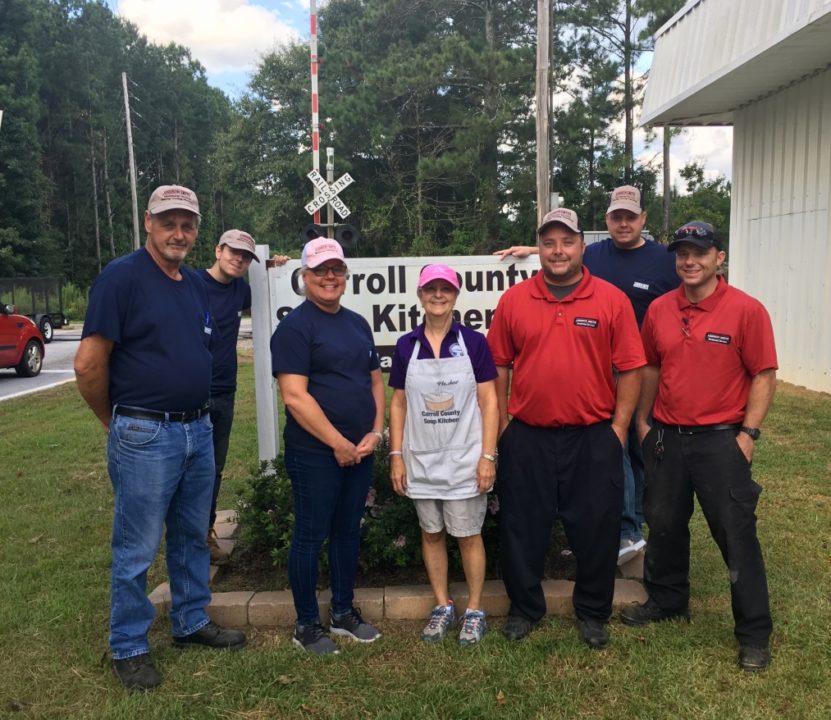 Addison Smith has been serving the needs of customers in the Carrollton community for more than 60 years. The company is known for its multitrade mechanical services in heating and air, as well as plumbing and much more.

Addison Smith is committed to providing quality service and installations to all of its customers.

“Our commitment is to get the job done right the first time,” says Lee Patterson, “To accomplish this, we work collaboratively across each of our divisions to achieve the successful outcome of each project. We offer complete capabilities with expertise in air conditioning, heating, service and maintenance.”

The company was founded by Addison Smith, who originally ran the company out of his home beginning in 1954. The business began to flourish and Smith moved his operation into a more suitable location. As Addison Smith grew and continued to serve many happy customers throughout the West Georgia and East Alabama area, the business again moved to its current location at 110 Kingsbridge Dr. in Carrollton.

Kristin, an Addison Smith employee, says, “Although the Smith family no longer owns the business, Addison Smith Mechanical still treats its employees and customers like family”.

“The company retains the name and Smith’s core values of excellence,” says Lee. “In continuing Smith’s legacy, the firm has vastly expanded its operations in Carrollton in number of employees and diversity of services.”

One of those services is the residential division, now part of the ever-expanding growth of the Addison Smith team.

“Addison Smith’s residential division provides services to homeowners in Carrollton and surrounding areas in the repair and replacement of heating and air conditioning systems and plumbing systems,” says Lee.

Kristin says, “Addison Smith also believes in giving back to the community that has helped support the business for so long”.

“The Carrollton community is special to us not only because this is where Addison Smith originated, it’s the people that live and work in this community that makes Carrollton special,” says Lee.

The company is proud of the Carrollton community and helps to sponsor events such as Mayfest, Keep Carroll Beautiful’s upcoming 5K and Addison Smith even volunteers at the Carrollton Soup Kitchen.

“Addison Smith is here for our community and surrounding areas by offering our services twenty-four hours a day, seven days a week,” says Lee. “Emergencies don’t just happen during the day from nine to five. Addison Smith has you covered day or night. Your comfort and job satisfaction is our number one priority.”