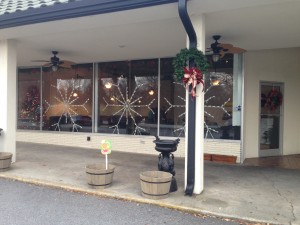 – Sutton’s is Now Open as of December 17th

After being opened for a year in Heflin off Burns Street, Sutton’s American Grill is making a move to Carrollton. The restaurant will be located in the former Baxters/Sunnyside Cafe building off Rome Street. An opening date has not been announced just yet but they are looking forward to serving the community. Sutton’s will feature several entrees and deserts. We spoke to the owner today and he tells us they will serve homemade key lime pie as well. Looking forward to that! According to Sutton’s former Facebook page for Heflin, Hamburger Steak, Pecan Chicken Finger Plate, Catfish Plate, Jumbo Shrimp Plate, and Sirloin Filet’s are just some of the entree’s listed. We will keep you updated on the opening for Sutton’s American Grill!