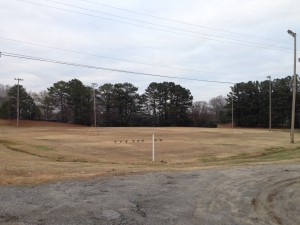 The West Carrollton area will receive long awaited updates and changes to its athletic field. For years the field has served as a practice field for independent soccer teams and the annual turkey bowl on Thanksgiving Day. The participants at those events found themselves in a serious dilemma without a restrooms, ample lighting, or concession stand space. Councilman Gerald Byrd polled area residents and those who utilize the field to learn that there was a serious need for improvements. He drafted renderings of the planned park and recreation building. The plans were presented to City Council for a vote. It passed unanimously, and the city is seeking construction bids. The park will feature a covered pavilion with ceiling fans, movie capabilities, sound system, seating, storage, a kitchen, bathrooms, and landscaping. This facility is located off 425 Willie North Street near Alabama Street.