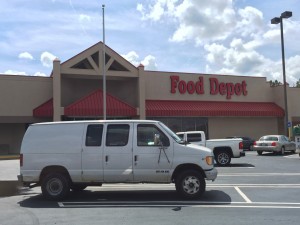 Our first story about the future Food Depot in Villa Rica was on May 12th. Things seem to be moving right along with the interior construction of Food Depot. The signs are now up and several crews were seen today adding electrical work. We spoke to one of the workers on site who told The Carrollton Menu that Food Depot would open sometime in October.  Food Depot has several other locations around the area including 2 locations in Carrollton. Once an exact date is released we will update the story!