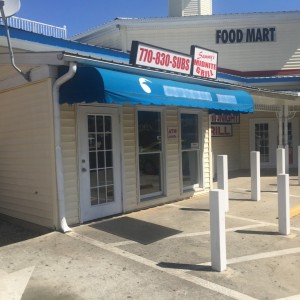 A popular late night eatery near UWG has changed its name and owner. Johnny’s Midnite Grill is now Sammy’s Midnite Grill owned by Sammy Gowani, who is also the owner and manager of the Chevron station next door. Originally the restaurant, located on Maple Street, had been opened by Sammy twelve years ago, and Johnny had leased it for the past ten years. About three weeks ago the business transaction was completed, transferring the restaurant back to Sammy. Along with the change has come a fresh new look on the inside of the eatery including new paint and LED lighting, and a restocked kitchen with some exciting new menu changes will be coming soon. They are even running a special: when you buy ten wings from the restaurant, you get a coupon for three free scoops of Mayfield Ice Cream from the Chevron next door. Delivery and walk-in/carry-out are still available. The restaurant is open seven days a week from 5:00 p.m. to 4:00 a.m.