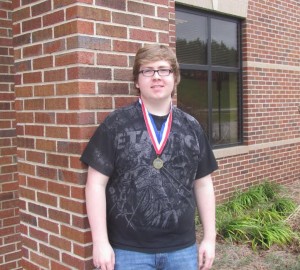 (Carrollton, Ga. ­ March 21, 2016) For the second year in a row, Alec Ashmore, a senior at Mt. Zion High school, has won the Class A State Literary Championship in Argumentative Essay. At Area 4 competition, Alec received a score of 99 and 100 from the judges. At the State competition, he received an unprecedented judge’s scores of 96 and 98. Alec plans to attend Georgia Tech and major in Biochemistry. After graduation from college he hopes to land a job with the CDC in Atlanta.