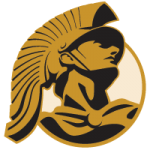 Carrollton, GA – A heightened focus on a deeper level of learning during the 2014-15 school year has allowed Carrollton City Schools to set a new system wide mark in the four year measures produced by the Georgia Department of Education. The measure, known as College and Career Readiness Performance Index, or CCRPI, is Georgia’s statewide accountability system, implemented in 2012 to replace No Child Left Behind’s Adequate Yearly Progress (AYP) measurement, after the U.S. Department of Education granted Georgia’s waiver from NCLB. It measures schools and school districts on a 100-point scale based on multiple indicators of performance, helping parents and the public better understand how schools are performing in a more comprehensive manner than the pass/fail system previously in place under AYP.

Carrollton High School’s 84.8 score was an improvement over the prior year’s results and led all Carroll County high schools. The Carrollton Middle School report, which is grade six, showed a significant move and is now ranked second county-wide. Carrollton High School saw an impressive 91% increase in the EL/ED/SWD subgroups over the prior year. Fourth and Fifth graders in those same subgroups increased 78.4%.

“We’ve worked very hard to close the gaps for all learners and it is paying off,” said, Dr. Mark Albertus, Superintendent of Carrollton City Schools. “Gains of 91% and 78.4% don’t happen by chance. The focused intensity of our teachers, parents and students is what has driven these gains. We will continue moving forward to produce even better results,” Albertus concluded.

“The Science, Technology, Engineering and Math curriculum, which is infused in classrooms from PreK to 12 grade, contributed to our students again exceeding state and subgroup categories in science,” said Anna Clifton, Director of School Improvement/Curriculum and Instruction. “We are also excited to see our students math achievement given the work our teachers and families have committed to it. At Carrollton City Schools, our students exceeded the state targets for being proficient and distinguished learners, which are the state’s recognized top two categories,” Clifton concluded.