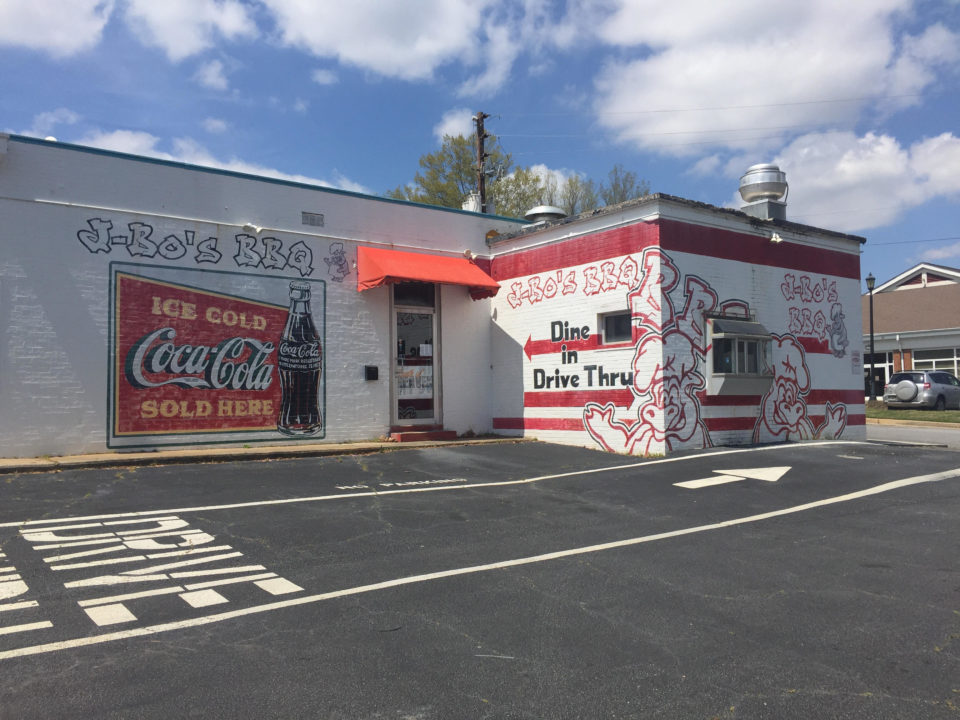 A new barbeque restaurant is slated to open at 422 Newnan Street in the former location of JBo’s Barbeque. Judd and Kate Foster plan to open South of Heaven Bar-be-Que at the site sometime in early May.

“We’ve already signed the lease, and now we’re getting ready to do some renovations to the space before we get ready to open,” says Judd.

Judd is a self-taught pitmaster who has spent the majority of his life learning the art of barbeque and its many different forms and flavors. For the past year, Judd worked as a pitmaster at B’s Cracklin’ BBQ in Riverside (West Atlanta / Bolton Rd) in what he describes as an internship to learn the ropes of whole hog barbecue, which he plans to specialize in at South of Heaven.

“I worked under Bryan Furman at B’s Cracklin’ BBQ because I really wanted to gain an in-depth knowledge of whole hog barbecue and make that something we offer,” says Judd.

South of Heaven will feature a menu full of traditional barbecue items, as well as some modern additions. Judd said all the meat will be smoked in a wood fire pit to provide a genuine smoky flavor. The menu will offer brisket, chopped pork and chicken, and many other barbecue fixings.

“We’re also going to offer a full taco bar and will have a vegan barbecue menu which will have lots of delicious items that anyone can enjoy,” says Judd.

Judd already boasts an extensive resume in the barbecue industry. His knowledge in barbecue ranges from Texas-style brisket to Carolina whole hog. Judd and Kate originally opened South of Heaven as a catering service, which was named “Best Caterer in Atlanta” for 2017 by Creative Loafing.

“We are really glad we found this location because we both love Carrollton and its downtown area,” says Judd. “My wife and I are very excited for this new venture.”

For more information on South of Heaven Bar-Be-Que, visit their Facebook page here.

UWG Preparing to Return to Campus ‘Safe and Stronger Than Ever’