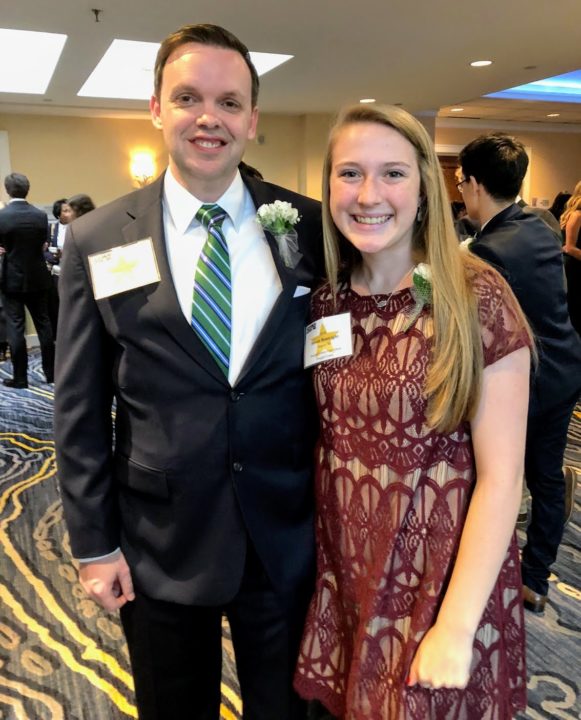 “Devon Boatright is a phenomenal student who has taken advantage of the outstanding educational opportunities we offer Douglas County students,” notes Superintendent Trent North. “The Douglas County School System celebrates this important achievement with her. We wish her continued success as she pursues the next step in her post-secondary education.”

This year marks the 60th anniversary of the state’s premier academic recognition program and the first year that Douglas County has won this honor.

Twenty PAGE STAR Student Region Winners were finalists in the culminating event of the annual STAR (Student Teacher Achievement Recognition) program for high school seniors.  Among the 20 finalists, three scored 1600 on one administration of the SAT, and all were in the top 10 percent or top 10 of their class.

The search for the State PAGE STAR Student began earlier this school year with the naming of a record-breaking 559 local STAR Students from each of the participating public and independent high schools across the state.  In turn, those STAR students then recognized the teacher who had the most influence on their academic success as their STAR Teacher. Since its inception, the program has honored more than 26,500 students and their teachers for academic excellence.

“Recognizing these outstanding students and their teachers in regional events and then at the state banquet each year is an honor for PAGE,” explained Craig Harper, executive director of PAGE.

“We are pleased to be a major sponsor and the program administrator for the STAR program to ensure that Georgia’s excellent students and teachers receive the attention they’ve earned through their success,” said Harper.