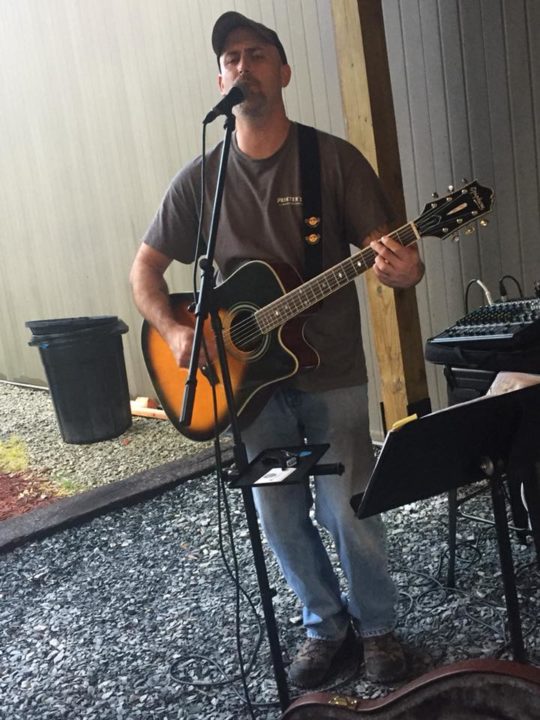 Drew Ashworth was born on June 4, 1981 in Meza, Arizona. He moved to Carrollton, GA when he was 6 years old. He graduated from Carrollton High School in 1999

Drew Ashworth was born on June 4, 1981 in Meza, Arizona. He moved to Carrollton, GA when he was 6 years old. He graduated from Carrollton High School in 1999 and from the University of West Georgia in 2005 with his Bachelor of Science Degree in Business Administration.

His family along with Don Hall, Hal Lovorrn and Brian Jobson introduced him to music at a very young age. Drew began singing and playing with the bell choir at his church and performed his first vocal solo of Silent Night at the age of 5. In the 5th grade, Drew joined the band and learned how to play trombone. He continued to play in band all through high school. Drew attended his first concert in 1995 where he saw Green Day at the International Ballroom in Atlanta, Georgia. His passion for learning how to play instruments never stopped and today he excels not only at the trombone but also at the guitar, resonator, bass, drums and vocals. Drew’s love and inspiration to create music comes from legends like Warren Haynes, Duane Allman, David Gilmor, Pete Townsend, Clapton, SRV, Taj Mahal, Santana, Led Zep, CCR, Janice Joplin, Widespread Panic, Grateful Dead, MOE, The Band, Van Morrison, The rolling stones, ACDC and the Black Crowes to name a few.

Drew is the lead singer for the band Triketra. When he isn’t playing music with his band or performing as a solo acoustic musician he enjoys songwriting, aviation, audio production, adventures with his wife and being a dad. Drew is also co-owner and the Chief Operations Officer of Crest Pointe Entertainment Group, the largest booking agency in West Georgia/East Alabama.