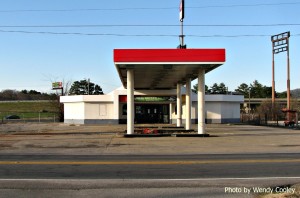 In September of last year we told you about a possible Milo’s Hamburgers that would be at the corner of Grace Street and Alabama 21. This is the area near RaceWay and I-20. Currently as you can tell by the picture the former gas station is still vacant. At one time this was a Shell, but much previously just another gas station. If you look closely to the back the store has some yellow across it to represent the old Shell. We reached out to Milo’s and still have yet to receive any comment on the expected opening or construction. This would be the first location in East Alabama.